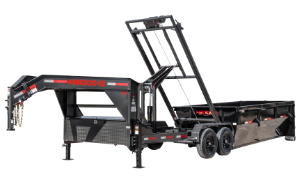 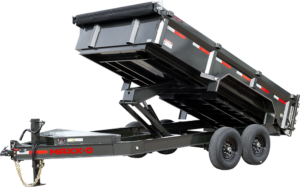 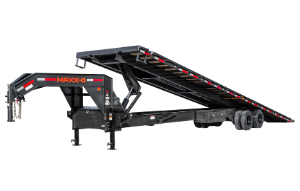 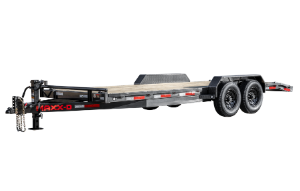 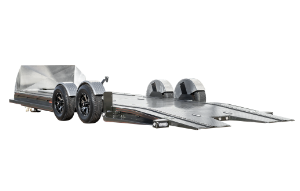 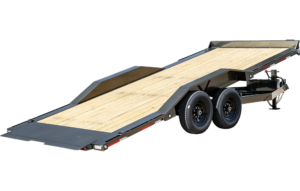 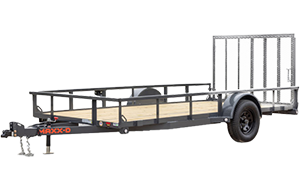 Locate A Dealer
Dealer Portal
Trailer Use Guide
Dumpster Rentals Tree Servicing And Landscaping
About Us
OUR FOUNDER
The story of MAXX-D Trailer is one of hard work, struggle, friendship, and ultimately, success. Our founder, Allen Kornelsen, was a young man in his thirties that had a dream of working hard to lift his family out of financial hardship. He was looking for a job, but was told by a friend in Texas that there was a better opportunity: Allen could start his own trailer manufacturing business. 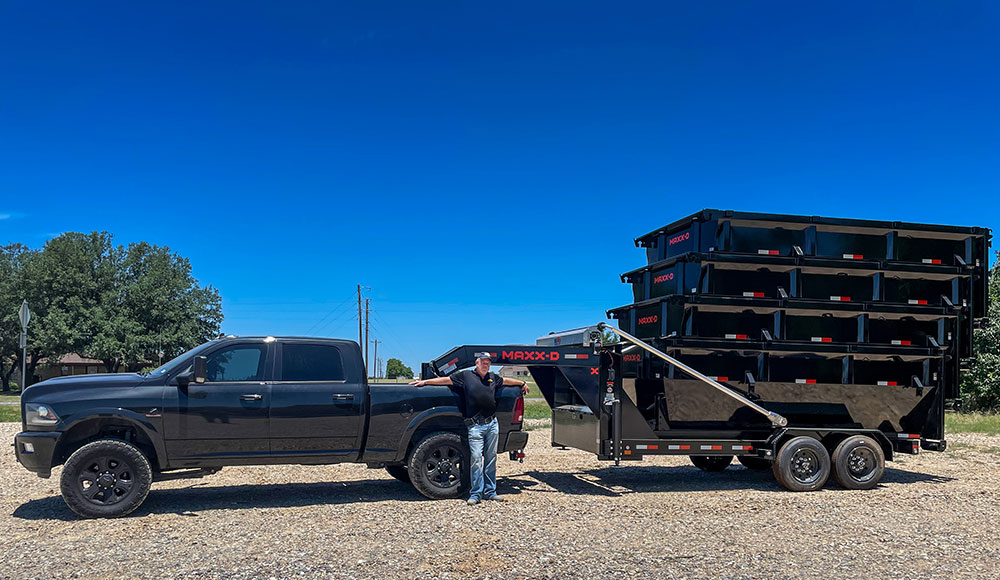 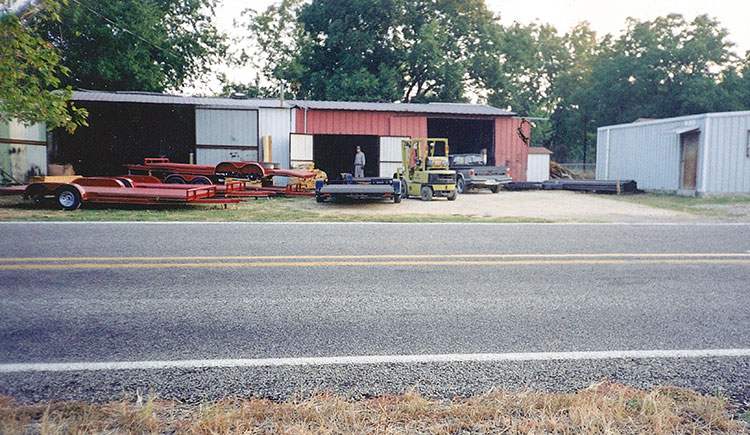 THE DREAM
Allen moved to Texas, and with the help of his former employer, started his entrepreneurial journey. Twenty-three years ago, in September of 1999, Maxey Trailers Mfg. was born. It all began with two big ideas: Treat your team like family and build the best product possible.
THE FIRST FEW YEARS
During the first years, Allen did everything in the business; welding, purchasing, bookkeeping, painting, stacking, sales, and even shipping. Allen’s oldest kids helped out wherever they could. As the years went by, Allen grew his team, which allowed him to step back from welding and focus on other areas of the business.

In 2003, after almost four years of business, Maxey Trailers had its first one million dollar year in production and sales. In 2004, with a total of five employees, Team Maxey moved into a new, larger facility. In 2005, the company built over 2,000 trailers and generated almost 3M in revenue. Things were going well for the company, and busy as ever.

After nearly a decade of rapid growth, the company faced some hard times during the economic crash of 2008. In 2009, revenues plummeted down to half of what they were in 2008. Allen was almost forced to close the doors of his business, but with the help of a few friends, Maxey Trailers pulled through. However, this set the company back by several years. It took four years just to get the company and revenue back to where it had been prior to the recession. 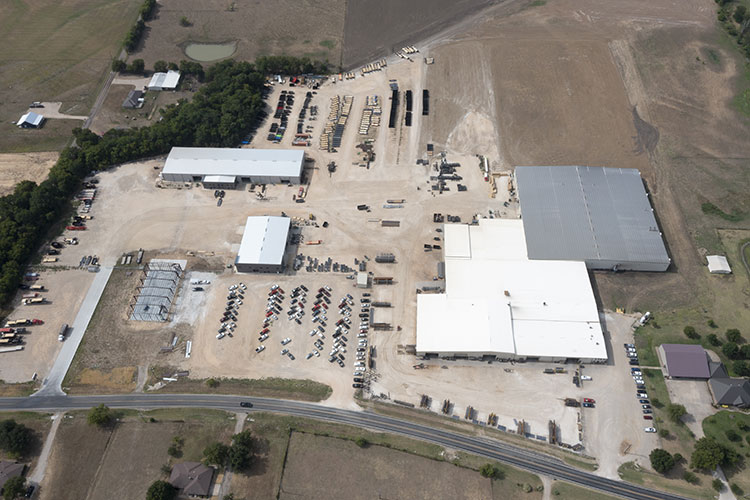 MAXX-D: A NATIONALLY RECOGNIZED BRAND
With lots of hard work and grit, the company rapidly outgrew its Mom-&-Pop roots and became a nationally recognized brand. Allen’s son, Kendall Kornelsen took the reins a few years ago and is leading the company to new heights. In 2022, MAXX-D Trailers has a team of around 300 hardworking people, and we have built over 100,000 trailers since 1999.
TEAM MAXX-D: EQUIPPING BLUE-COLLAR PEOPLE
At MAXX-D, we’ve come full-circle: What started off as one man with an entrepreneurial dream to provide a better life for his family, is now a team of entrepreneurial people empowering other hardworking people in their entrepreneurial journey. Countless Americans use MAXX-D trailers in their businesses, and we couldn’t be prouder to be a part of what they’re doing. 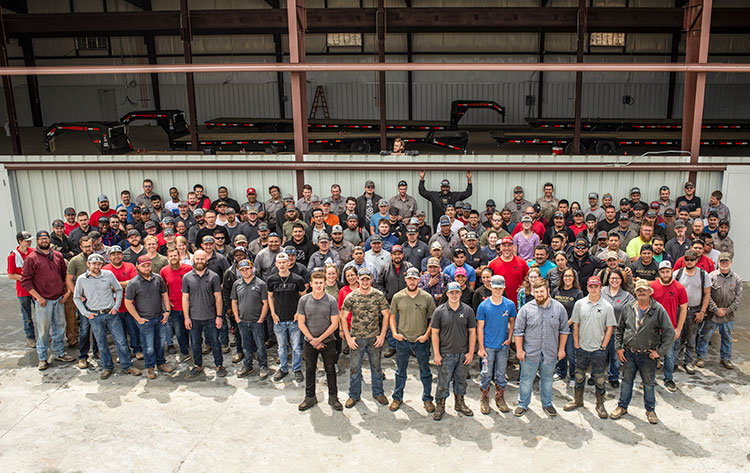 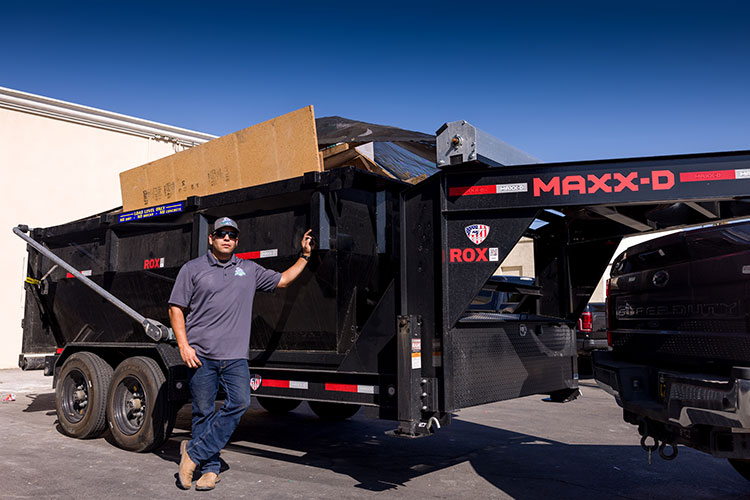 BUILDING SOMETHING GREAT TOGETHER
Team MAXX-D is proud to be helping the blue-collar people of our country move stuff to make a living. Many hard-working Americans use our trailers to build something great: Great farms, great construction projects, great memories, and great businesses.
We believe it is honest, hard working people that make our country great. MAXX-D Trailers is proof that the entrepreneurial spirit of the American people is still alive and well. That’s why we do what we do. We build trailers for the working man.

Give our Sales & Support team a call.